The problem and the plan

The problem and the plan#

In this course, we teach two things:

The second topic is obvious and familiar to those of you working in brain imaging. Of course you need to know how the principles of the analysis. But what is this first thing — working with brain imaging data? Isn’t this the same thing? Why is it first? Doesn’t theory come before practice?

To answer those questions, we need to talk about the problem.

Brain imaging analysis is hard to learn and teach. For those of us who have tried to learn it, and teach it, this won’t be controversial — this is our experience. But some of you are starting to learn, or starting to teach, and you may need to be convinced.

The difficulty is not surprising. At a superficial level, the neuroimaging researcher needs more than a passing knowledge of many fields, from many disciplines. Here is a back-of-the-envelope list:

You can do neuroimaging badly without knowing much about some of these, but to do it well, to ask intelligent fruitful questions, you will need a working knowledge of all of these, and deep knowledge in some of them.

That is a lot to ask, and a lot to teach.

Given there is so much to learn, how do we put ourselves in the best position to keep learning, and keep asking better questions? If we are not careful, we can sink into disorganized practice, and the lack of organization will make it harder to see when we are thinking badly, or making mistakes.

That makes us ask — what is the typical practice of a neuroimaging researcher?

Even in good institutions, we have seen that the great difficulties in learning and doing imaging make it common to fall into this pattern.

The tyranny of the typical#

The problem then, is that disorganized analysis can make it impossible to recover enough brain time to learn what you need to learn. When the analysis process is too disorganized, and too complicated to conceive of clearly, then it becomes impossibly hard to ask the questions you need to ask. These are questions like “Do I believe this result?”. “What does this result mean at a neural, physiological level?”. “How would I know if my hypothesis was wrong?”. “What do I need to read and learn to understand this result better?”.

Disorganized analysis throws you into a hole, where you have many problems of thought as well as practice.

It leads to scientific work that is like science, but not science. You’ll see more on that below.

You will find that you make many mistakes, but you won’t realize this, because your analysis process makes it very hard to check.

You will be inefficient; you will take a long time to do your analysis, and this time will not reduce markedly, with more experience. You are not learning to automate and streamline your tasks, to make them easier to think about, and harder to get wrong.

It will be hard to collaborate, because it is hard to explain your process to yourself, and harder to explain to others, so they can engage with what you are doing.

The problem then, is that the process of analysis can make it very difficult to do science. That’s a big claim, and one that begs the question, “What is science?”

Richard Feynman was a Nobel-laureate in theoretical physics, and a famous teacher and writer. He thought a lot about the nature of science. In a famous talk, called “What is Science” [Fey69], he wrote:

We will come back to this idea again, of science and not-science. 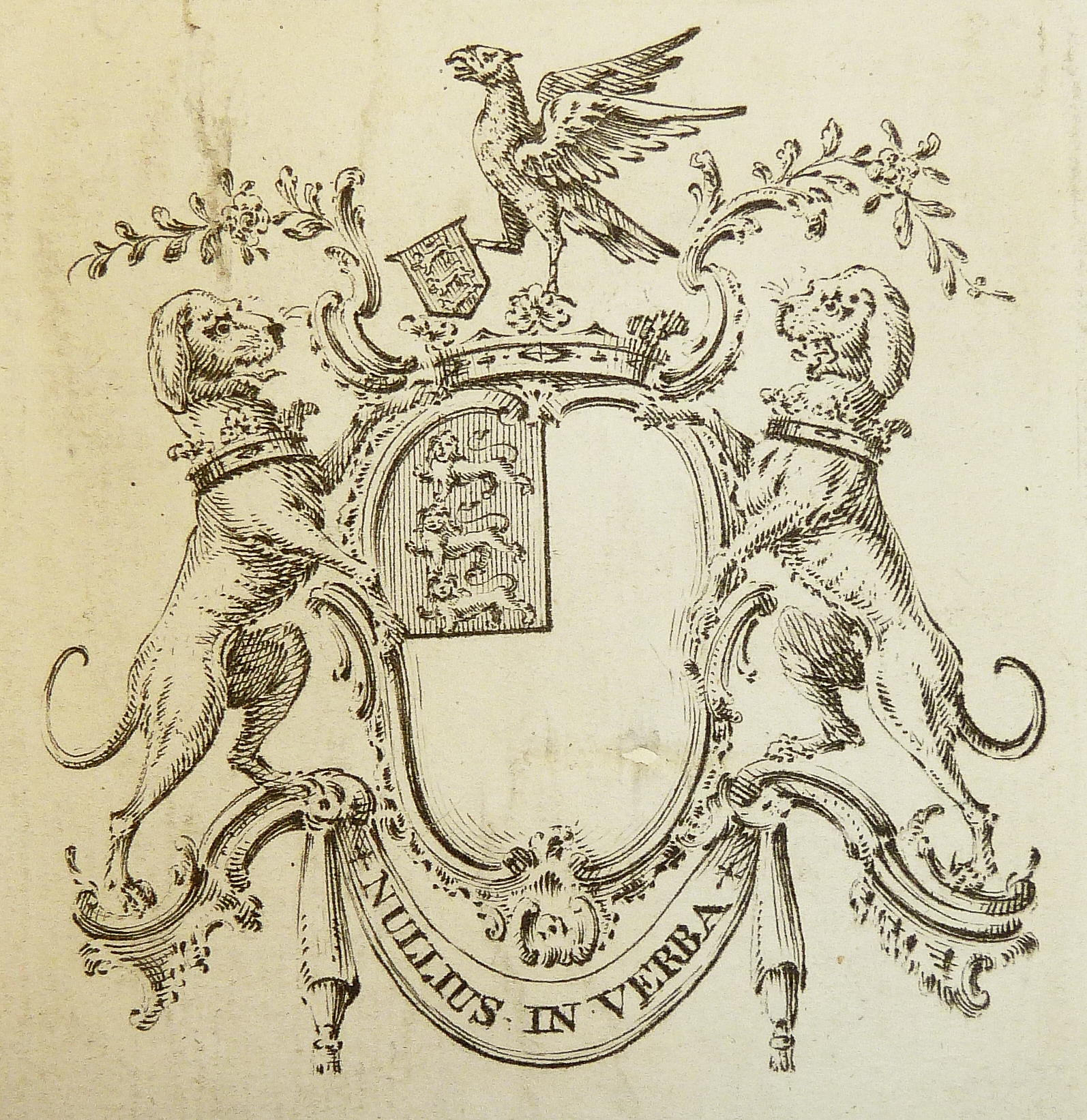 (Image by kladcat under CC BY 2.0, via Wikimedia Commons).

For Feynman, and the Royal Society, you cannot do science without having the ability to question your assumptions and your teachers. In imaging that can be very difficult, because of the confusion from the process of analysis, and because of the huge range of subjects you need to understand.

The ubiquity of error#

We would not have to worry, if, despite our disorganized process, we rarely made mistakes. But, in fact, error is invariable, pervasive in the computational sciences. David Donoho is a famous researcher in computation statistics based at Stanford. He has enormous knowledge and experience, and this makes him worry primarily about error in his own work, and the work of others.

The scientific method’s central motivation is the ubiquity of error - the awareness that mistakes and self-delusion can creep in absolutely anywhere and that the scientist’s effort is primarily expended in recognizing and rooting out error.” [DMR+09].

This led Donoho and others to conclude that it was not reasonable to trust a paper on computation, unless the authors had given the readers the ability to reproduce the exact analysis the authors had done. The Stanford group put this strongly in an early article:

Feynman cared greatly about the importance of transparency in describing your work. For him, it was the difference between science, and stuff that looks like science. He gave a famous talk about this, called “Cargo Cult Science” [Fey74]. He gives a few examples of apparently scientific studies where the results don’t seem to hold up in practice.

I think the educational and psychological studies I mentioned are examples of what I would like to call cargo cult science. In the South Seas there is a cargo cult of people. During the war they saw airplanes land with lots of good materials, and they want the same thing to happen now. So they’ve arranged to imitate things like runways, to put fires along the sides of the runways, to make a wooden hut for a man to sit in, with two wooden pieces on his head like headphones and bars of bamboo sticking out like antennas —– he’s the controller – and they wait for the airplanes to land. They’re doing everything right. The form is perfect. It looks exactly the way it looked before. But it doesn’t work. No airplanes land. So I call these things cargo cult science, because they follow all the apparent precepts and forms of scientific investigation, but they’re missing something essential, because the planes don’t land.

What is the thing that distinguishes between real science from cargo cult science?

It’s a kind of scientific integrity, a principle of scientific thought that corresponds to a kind of utter honesty — a kind of leaning over backwards. […] the idea is to give all of the information to help others to judge the value of your contribution; not just the information that leads to judgement in one particular direction or another. […] And, although you may gain some temporary fame and excitement, you will not gain a good reputation as a scientist if you haven’t tried to be very careful in this kind of work. And it’s this type of integrity, this kind of care not to fool yourself, that is missing to a large extent in much of the research in cargo cult science.

This is the idea behind reproducibility; it is your true and essential work as a scientist to make it simple for others to replicate and check your work.

But — this is not an easy path to take. If you want to make your work reproducible, it has to be organized as you do the work. As we said in a paper on an earlier version of a course like this [MBBP18], rigor is hard to retrofit. You can try to do your analysis without much thought for organized process, but you will find it takes an enormous amount of work to go back and make your process reproducible. And you won’t gain from that work, because you’ll have to do it all again for your next paper. But if you learn to work in an organized thoughtful way from the start, it will take time, but that time will start to repay you over and over, in your future work.

But there is something that happens when you start to use code. Code is written in a language such as Python, and this language expresses ideas and procedures. You will quickly find that this language is very powerful as a way to think about the ideas behind what you are doing.

The way that we use code here, is not only to help you work efficiently, but also to show you how to build the analysis, from the ground up.

Again, Richard Feynman put this idea in a very simple and powerful way. When he died, this sentence was still written up on his Caltech blackboard.

What I cannot create, I do not understand

We have found this to be a profound truth. If you cannot imagine how you would build your own analysis, that’s a good indication that you do not really understand your analysis.

We take that truth seriously here. We will show you how to build a simple-as-possible analysis of neuroimaging data from the ground up, using basic building blocks from general scientific libraries. Our idea is this: if there is some terrible disaster, and, for some reason, all the current brain imaging analysis packages are lost, then you will not be lost. It would be inconvenient, and time-consuming, but you would say — “It’s OK, I know what the analysis needs to do, I’ll build my own, and I’ll get others to help me do it”. Why? Because you can create it, and you do understand it.

Building teaches understanding, but we also care about making our work clear, and efficient. We want to get better and better at doing our analysis, and learning from the results.

How to be efficient#

The route to being efficient it to make your analysis simple. But simple is not the same thing as easy. As Rich Hickey describes it in talk about programming languages:

Easy is what you are familiar with, not far from something you already know. Simple is when you have succeeded in breaking the problem into separate ideas.

You can find a similar explanation in the Oxford dictionary of Word origins edited by Julia Cresswell.

The point is that simple takes work. You need to untangle the things that are tangled. Once you have done that, you can think about what you are doing clearly. You become more efficient. On the other hand, if you stick with easy, then everything stays tangled, and you cannot learn. Your progress is slowed by the knots in your ideas, and your work. Simple leads to efficiency and easy leads to stagnation. 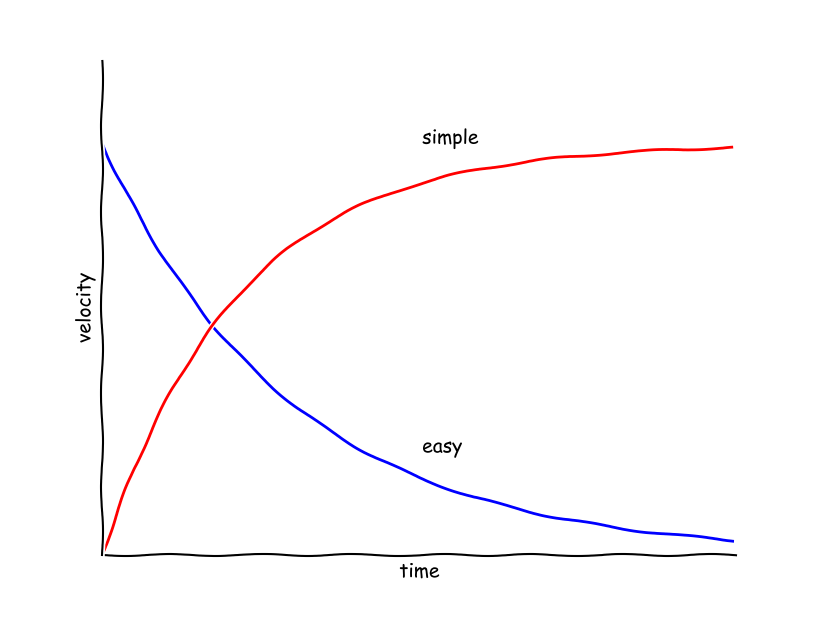 As you remember, we plan to teach you two things:

Why is practice before theory? Because correct practice helps you think clearly. The tools that you will use for practice include code, a rich language for understanding theory.

Good practice is the root of sound understanding, so we will teach you practice to make your work simple. We will do that by using Feynman’s idea of understanding by building. That will not be easy, at first, but we hope you will find, rather quickly, that the basic ideas will be clearer — and you will have better tools to do your work.

To get there, we start with:

We’ll use that as a foundation for teaching imaging analysis.

We started to teach this course at Berkeley, and some of us still think of this as the “Berkeley Way”, in a tribute to the famous Toyota Way of working. We hope you find it useful, and we hope you go on to teach your friends and colleagues how to work this way. We firmly believe that will lead to better, clearer, more interesting research, and then, to a better world.

Joshua Carp. On the plurality of (methodological) worlds: estimating the analytic flexibility of fmri experiments. Frontiers in neuroscience, 6:149, 2012.